Svalbard wildlife photography expedition in May 2018

Once again Arctic Wildlife Tours could bring the Norwegian photographer Audun Rikardsen as one of the photo guides hosting our spring Svalbard expedition onboard the expedition ship MS Malmö. This expedition had duration of 6 nights only and we planned to worke intense to make the best out of it. As we hoped for we found the first Polar Bear after only 10 hours in the fjords of Hornsund. It was a female equipped with a GPS satellite tracker device around its neck. It always looks bad seeing those bears carrying this kind of equipment and actually I begin to wonder if its really necessary? And what kind of information does it bring to the scientists that could make it easier for the Polar Bears to exist and survive? Another thing is how the climate change will affect the wildlife in the Arctic. It does not look good this year and it may be a totally different Svalbard we will see in a few decades if this continue. Wildlife photography in Svalbard will not be the same without the charismatic Polar Bears there. 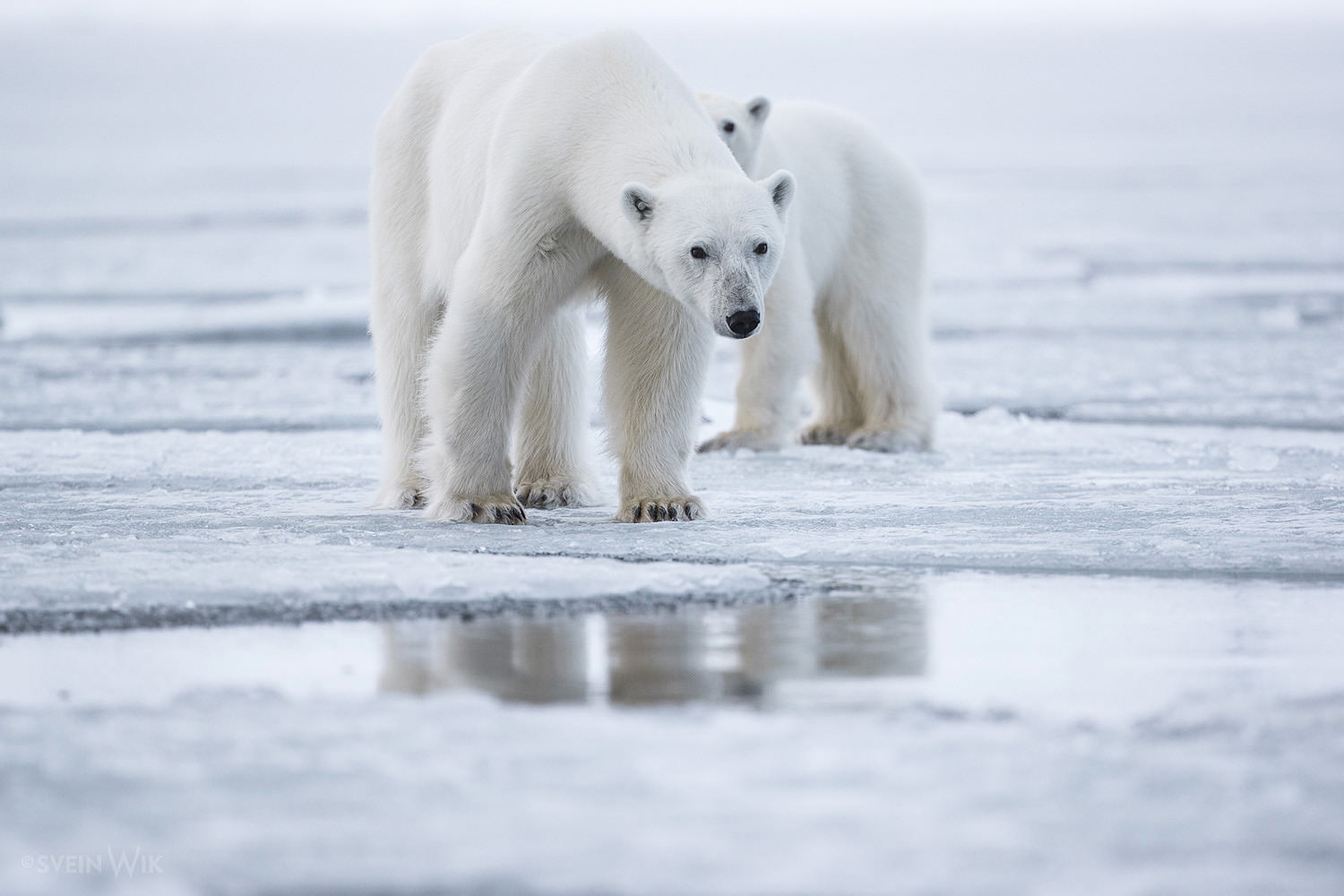 We found this mother and cub in Raudfjorden. The mother was more on the thin side...

Wildlife photography at the greatest.

We had some fantastic encounters with 2-3 Polar Bears during the expedition and could really do some great wildlife photography. A very close situation where a curios female and cub came close to us where we was waiting in the zodiac boats near the fjord ice. We had a great moment there. We also visited the island Moffen but rough sea prevented us to come on land. We had some interesting encounters with Walruses in the water. The weather was not kind to us during this expedition in general, but we managed to get several good situations out of what we could find.

In Hornsund we did an attempt of finding a lost camera from the year before. It was dropped into the sea by a Polar Bear and according to the sea maps it would be situated on 133 meter depth in Samaringvågen, Hornsund. Amazingly enough we found it on 140 meter by using an underwater rover and the camera was saved. The rest of the story about this is still a secret and will be revealed during this year. A thin mother Polar Bear is hunting and the cub is screaming behind her. It was a emotional moment and the picture deserved to be published as black and white. Photo guide Audun Rikardsen in action on the tundra.

In September 2020 we invite you to our autumn light wildlife and landscape expedition. Autumn colours and light will be at its best at this time of the year on…

Svalbard May expedition 2021 onboard MS Malmö

Welcome to May on Svalbard. The early summer season is a truly unique month, when the sky is bright yet the landscape remains covered in snow and ice. Svalbard changes…

July, when arctic nature is at its most active. On Svalbard, every day is different, and every year is different. Arctic Wildlife Tours guides leads this expedition to Svalbard, a…

The interesting light is returning and paint the Svalbard wilderness in colors some days. Mid August expeditions will give us the opportunity to reach remote areas after the drifting ice…